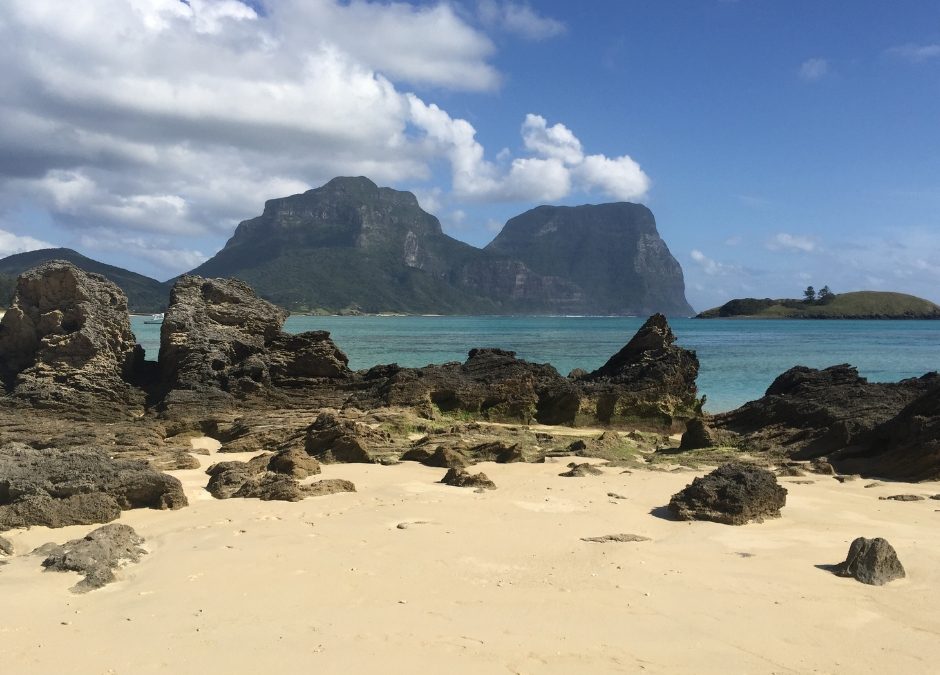 We stopped over for a night on Lord Howe Island when we sailed from Australia to New Zealand in November 2017. Lord Howe Island is a World Heritage listed site and magnificent. We would have liked to stay longer but decided to take advantage of the weather window and leave after only one day so that we could get to New Zealand as quickly as possible. We needed to be in Auckland for Ken’s son’s wedding on 17th November. We had sailed from Coffs Harbour on the 1st November which gave us a bit of time to get there. We got caught for three days in a storm about 100nm off Cape Reinga. See previous blog.

We had been sailing for over two days without seeing land or vessel, every direction the view was merely water for as far as the eye could see. When we spotted Lord Howe Island in the distance, we experienced such delight that we yelled ‘Land Ahoy’ in the time old tradition!

Sailing into the lagoon at Lord Howe Island required me to be on the radio to the Simon the policeman/harbour master while Ken took the wheel. I relayed instructions that went a bit like this “when you see the lead marker on your port side, sail another two boat lengths then turn sharply to starboard, continue on three boat lengths past the moored yacht then pick up the mooring on the starboard side, put an extra one or two lines onto the mooring. When you are ready to bring your passports and exit paperwork with you to the wharf.” Simon kindly gave Ken a lift to where he could leave the fuel containers for filling with diesel.

We went and visited Rachel, who Ken had met at the Australian Maritime College when doing hos Coxswain’s ticket, in her ‘office on the beach’. I went for a glorious swim and explored the beach whilst Ken and Rachel caught up. The water was warm and had exceptional viability.

I went to enquire when we could expect to get our diesel delivered and was advised that first, they had to service the plane that had just landed after that the man needed to milk his cows and after that was done our containers would be filled and dropped off at the wharf. Beautiful ‘island time’ applied. We went and explored a bit before meeting Ernie. Ernie, Rachel and Ken did their Coxswain’s ticket training at the Australian Maritime College in Launceston together.

Ken & I went back to Nichola in the dinghy to get cleaned up for our dinner date at the golf club. It was moon and spring tides caused a huge swell to come into the lagoon over the reef. I struggled to get into the dinghy from the deck of Nichola. As was climbing into it the dinghy the swell lifted us up high above the side of the boat. I was concerned we would crush Ken who was holding onto the lines ready to climb in. We usually have two lines to secure the dingy to Nichola. One at the back and one at the front. The front one has a clip for added security (in case the knot comes undone). Our u practice is to undo the back line, toss that into the dinghy, unclip the hook, untie the line, hand the line to whoever is in the dinghy. The person in the dinghy (me on this occasion) holds the dinghy steady whilst the other gets in and starts the motor. Once the motor is going you push the dinghy away from Nichola. Too easy and has worked a treat for years.

The experience on Lord Howe Island was a tad more exciting than usual. As Ken me the forward line the end with the clip on it dropped and the clip caught onto the bottom safety wire of Nichola. Effectively we were now free except for the line holding the dinghy. The line was almost impossible to grab safely as it is connected to the outside of the dinghy at the front and underneath the water with the swell. I had to reach over the front end of the dinghy with Ken holding me, trying to keep himself secure in the dinghy as well. I grabbed the rope, pulled us closer to Nichola and eventually managed to unclip the line from the wire. Ken was doing his best to hold us against Nichola so I could unhook us. All the time the swell was lifting us above the deck of Nichola. We were when we eventually managed to unclip the line and set off for the shore. The swell was too dangerous to attempt getting ashore at the jetty so we took the dinghy around to the boat ramp where we carried her high and dry. Ernie picked us up as arranged at the wharf and took us to pick up Rachel, his gorgeous wife Madeleine and another new friend ‘Deisel’ who joined us for a great meal at the golf club.

We invited ourselves to stay with Ernie and Maddie as we were not willing to take the dinghy out in the swell after dark. A grand evening was spent at the golf club where we enjoyed a great meal. Our friend Ernie works to ensure the pristine flora and fauna on this rather special island remains. We enjoyed listening to some of the things he does with regards to weed eradication around the islands. Free climbing on Balls Pyramid & abseiling in remote areas to mention just two. He is also an artist, we look forward to the first exhibition of his work.

Ernie drove us past the wharf on our way home for the night, so we could check if the drums of diesel had been delivered. They had been delivered and were stacked waiting for us at the end of the wharf. Over $300 worth of fuel left overnight. We asked Ernie if we should put it on his ute overnight. He found the idea amusing and assured us that no one would take it. Next day there it was still sitting on the end of the wharf.

Ken did two trips out to Nichola with the fuel and we managed to get underway about 8:30 am. Ernie gave us a beautiful book A Guide to World Heritage Lord Howe Island by Ian Hutton. I would highly recommend this book if you are thinking of visiting this amazing place.

Balls Pyramid is about 23 km to the south of Lord Island it is 551m high. It is the world’s tallest ocean stack.

We made sure we sailed close to Balls Pyramid and were well rewarded as Ken caught this great Kingfish as we went past. We let it go again as Ernie had given us fillets from one he had caught the day before. We only ever keep what fish we can eat. We really do enjoy fishing and assure you that it is fun to let them go free if we dont need them for the pot. If possible I do l like to take photos when I can, but the sooner you get them back into the water, the higher their chances of survival.

We would highly recommend a visit to Lord Howe Island, be it by boat or air. It really is a special place. 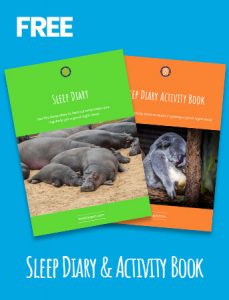